Aline, my sister and the downfall

A few years later, in our early teens, my sister and I choreographed a drama piece together. The story was based on “Aline” a book written by Swiss author Ramuz. It was the dramatic story of a young farm girl who falls deeply in love with a boy, and after he discovers she is pregnant leaves her. Feeling abandoned and alone she becomes severely depressed, and eventually commits suicide ending her life. 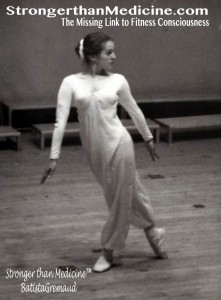 over the tragic loss of her daughter. Goodness gracious, we picked this story in our early teens; what were we thinking! Talk about depressing! In any case, the piece came out really great. I played the young girl, Aline who killed herself at the end, my sister played the mother who gets crazy and Salvatore, and young and talented students of my mother’s academy, danced the role of the young lad.

We worked really hard, and rehearsed the piece for months. We were aiming towards establishing an official dance department in the towns’ conservatorium, which was already renown for its music department. This performance was the auditioning piece. The whole thing was a new concept at the time, as Switzerland in those days was lagging behind in terms of dance cultural awareness.

So here comes the time to perform our long rehearsed masterpiece. Show time: light, music, curtain opens, … A magical, enchanting, performance, and then comes the last dance of the performance, choreographed and performed by my sister, the role of the mother going crazy and dying.

No one knows what exactly happened at that unexplainable moment, except that my sister became possessed by the women’s role she was playing and actually went crazy; she became the role, the role became her. As the music ended and the curtain closed, there was this heavy, fearful anxious silence. The death scene was so real that audience became hushed in silence and did not know how to react. Was this part of the play or was she really dead? It seemed like forever.

The curtain lifted and she rose from the floor ever so slowly. There was a sigh of relief!

One person started applauding, and the rest of the people in the audience followed by giving an astounding standing ovation that lasted for a very a long time.

But was she really ok? The after shock was my dear sweet sister was never ok ever since that dramatic play episode of dying on stage. She quit dancing after that, never to look back and a few years later, my sister mentally snapped for good and with no return to a normal life.

What happened? Were the events of our childhood too much?

Or was it the fact that shortly prior to those events, she was starving herself to be thin and fit in as a ballet dancer? Or was it a combination of both?

The Ugly Ducking, my sister and I

When I was a kid, I was chosen to dance the role of the ugly duckling. My beautiful sister, who is 4 years older than me, played mother duck. 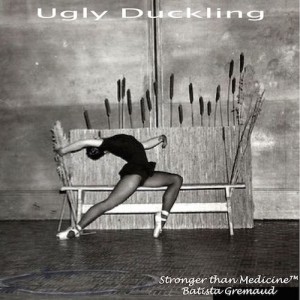 The role suited me well, as I always felt like I was the ugly duckling in the family. My sister, on the other hand, was absolutely gorgeous. She was talented like no other on earth. In dance, she was magnificent, flexible, learning everything at an impossible speed, and her choreographies were amazingly out of this world. When she danced, you could cry as she reached the depths of your inner soul, and people did cry as their hearts were touched by the sweetness of her presence. Everything my sister touched turned to gold. She was also smart and gifted in being an accomplished pianist, playing the piano ever so beautifully.

Myself, on the other hand, I wasn’t blessed with such talent. Naturally not flexible and a super slow learner, I had to work super hard for everything. And of course compared to my stunningly, gorgeous sister, I always felt quite ugly. I admired her. She became my role model in life.

I must have been about 10 years old then.

Little did I know what was awaiting to happen.